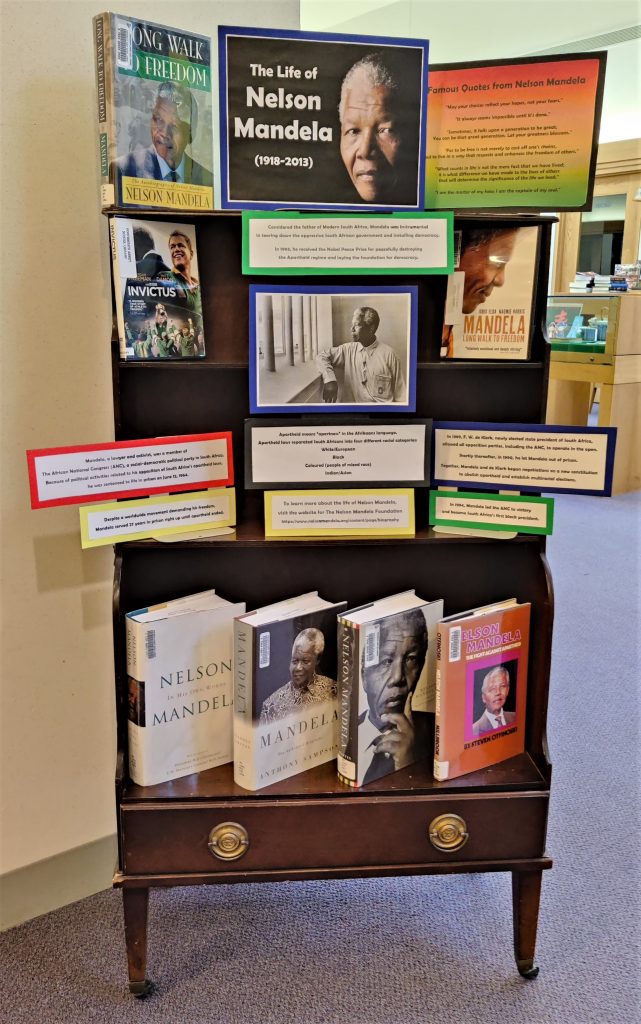 This month, the library is celebrating the remarkable life of Nelson Mandela, who served as South Africa’s first democratically elected president from 1994-1999. An anti-apartheid revolutionary, he spent 27 years in prison until he was finally freed in 1990 by Frederik Willem de Klerk, the state president of South Africa at the time. In 1993, Mandela won the Nobel Peace Prize jointly with de Klerk “for their work for the peaceful termination of the apartheid regime, and for laying the foundations for a new democratic South Africa.” Our display features books and movies about his life and influence, including his autobiography entitled Long Walk to Freedom. Also featured are several of his inspirational quotes, including the Class of 2021 quote, “It always seems impossible until it’s done.” (MFV)