This fall, the library received an interesting boxed set of the history of the New York Yacht Club from Gregg Dietrich, class of 1974. Within the set are 8 slim volumes, one of which Gregg wrote on the display of models of the America’s cup boats located in the NYC club’s building in NYC.
For many years, Abbey members have sponsored the Abbot’s reception at the club’s headquarters in New York City during December.
The set adds to the numerous books donated by Gregg Dietrich ’74, Brian Carlos, husband of faculty member Janice Brady, John Robinson ’32, and others, on boats and boatbuilding now held in the library collection. Mr. Robinson, as well as Erick Ridder of the same graduation year, began their lifelong interest in sailing at the school.
The walls are decorated with an original print, also donated,  entitled “The Yacht Squadron at Newport,” (1872) done by Currier and Ives (1813-1895) which shows the Newport Harbor Cup races: 1872. 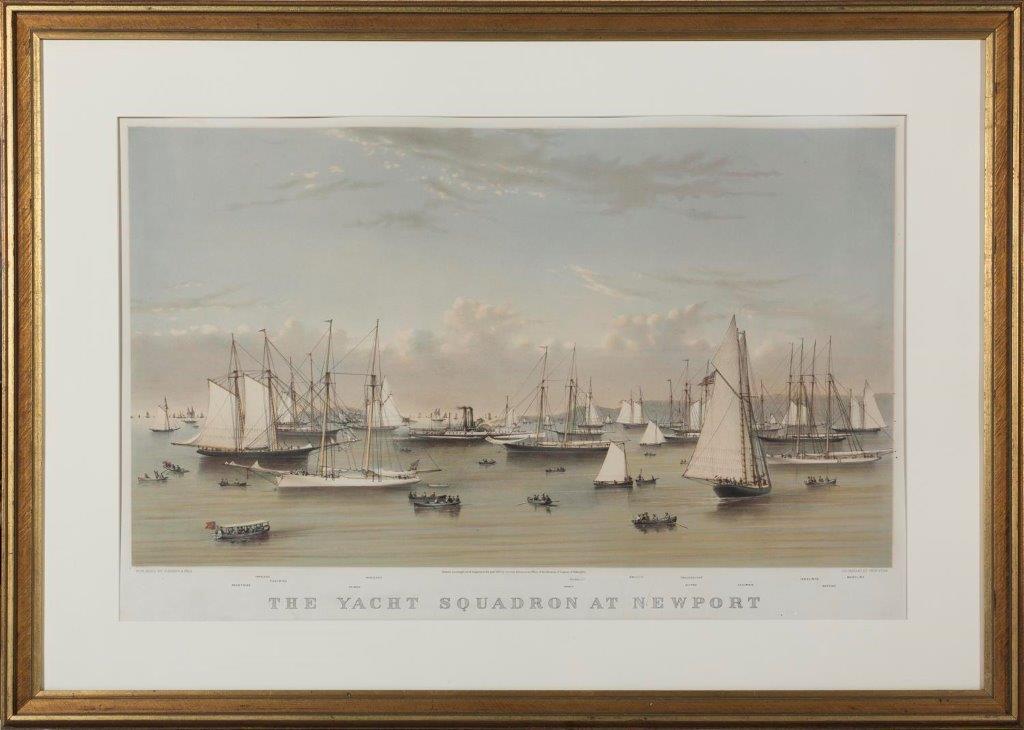 The library also holds a series of America’s Cup drawings done by Yngve Edward Soderberg (see “Exhibits Winter 2002-03”) donated by Mrs. Robinson in memory of her husband along with books and funds for additional sailing books.
The oldest sailing book, a donation, is Small Yachts : Their design and construction exemplified by the ruling types of modern practice. (1885). Two books, White Sails, Black Clouds (1967) and Billion Dollar Catch (fiction, 1987) were written by alumnus John J. McNamara, Jr, ’49, an America’s Cup helmsmen. Two others, You Are First and Skene’s Elements of Yacht Design were written by Francis S. Kinney, father of Christopher ’60 and grandfather of Warren ’98. Mr. Kinney was a noted yacht designer with was the firm Sparkman & (Olin) Stephens, Inc.
The interest in boatbuilding continued in 1995, when, as the brainchild of Jeremy Nivakoff ’97, Peter Elliot ’97, and Joe Alfred, the former business manager, a boat building project was proposed. Thus, Brother Joseph, O.S. B with a dozen students decided to build a 27’ four-oared rowing “gig” boat in the Herreshoff way, with direction from Boatwright Warren Baker. The project was completed in 1997 when the gig, named Colette, was finished. This was done about the same time as the restoration of the ca. 1847 stone boathouse original to the property was completed. The finished project, the boat,  is currently on display in the dining hall.
The most recent books donated with Robinson funds (in 2019) are Beken of Cowes 1897-1914 v. 1, Beken of Cowes: 1919-39 v. 2 and Yachting, the photography of Beken of Cowes.   (RS) 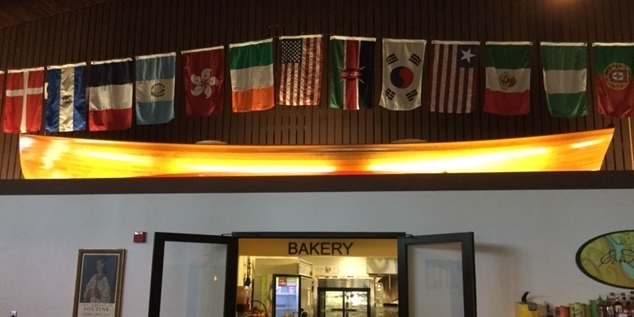 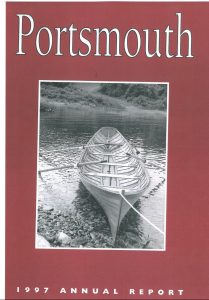 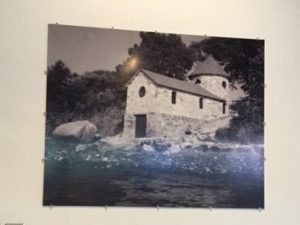